Station reception officer, Marilyn Chambers was a born and bred Liverpudlian but she'd worked as a civilian for the MET since she moved to London at the age of 22. Uptight and meticulous, Marilyn is anally retentive and a slave to routine. She was clipped and officious in the workplace but under her prickly exterior there was a passionate heart.

When Marilyn had a drink her inhibitions go right out of the window and she tended to let her hormones get the better of her. She moved down from Liverpool with her older boyfriend, Neil, when his job took him to London. Marilyn doted on Neil and was devastated when he ended the relationship a couple of years later. She has been single ever since although there has been a couple of drunken one-night stands which she is deeply ashamed of.

She rented a room in a shared house with a couple of 20-something professionals but keeps herself to herself. Her idea of a top night out would be a trip to see the latest West End musical with her best friend, or maybe something starring Michael Ball. And then again…there's always the knitting! [1] 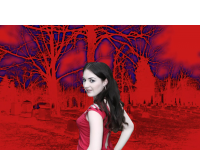 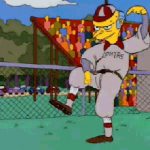 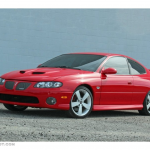