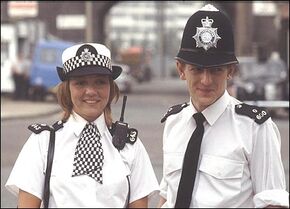 It's the first day on the job at Sun Hill police station for probationary P.C. Jim Carver, but by no means an uneventful one. On his first 'puppywalk' with W.P.C. June Ackland, they discover the body of an elderly woman who has died in the bath. Later, whilst on patrol with P.C. Litten, Carver gives a young suspect a clip around the ear, causing his supervising sergeant to call in a favour with D.I. Galloway to appease the boy's father, who as it turns out was quite content with Carver's action.

This episode was repeated on October 30, 2003 by ITV1 in celebration on The Bill's 20th Anniversary.