Start a Wiki
Woman In Brown 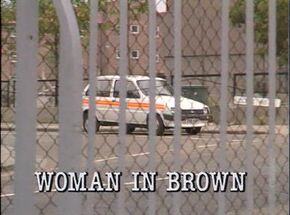 Woman in Brown is the 182nd episode of The Bill.

June and Ken call at a school where a baby has been taken. Ackland thinks she knows who took the baby. Viv and Timothy are called to a basement flat where the old lady has been conned by the "maggot man", a bogus water board worker who shows people maggots that have supposedly been found behind pipes. Tosh tries out a new car and then tells Jim about a car scam that is going on.

Retrieved from "https://thebill.fandom.com/wiki/Episode:Woman_In_Brown?oldid=34740"
Community content is available under CC-BY-SA unless otherwise noted.