Start a Wiki
Who Dares Wins 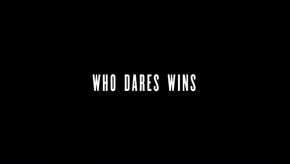 Written By
Chris Ould
Produced By
Ciara McIlvenny
Directed By
Gary Love
Episode Chronology:
Previous
Taking A Stand
Next
Balance of Power
Who Dares Wins is the 2400th episode of The Bill.

DS Carter leads the investigation into the murder of a man whose body is found badly beaten on a footpath. PC Knight establishes that the man had been drinking at his local pub shortly before his death, but the bar staff prove unhelpful. Carter's erratic behaviour forces DC Perkins to once again challenge him over his cocaine use.

Retrieved from "https://thebill.fandom.com/wiki/Episode:Who_Dares_Wins?oldid=34026"
Community content is available under CC-BY-SA unless otherwise noted.