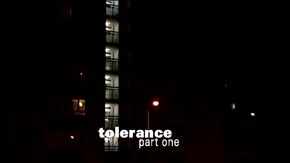 Tolerance, Part One is the 1581st episode of The Bill.

Sgt. Bob Cryer is approaching his 30th year of service, but some of the senior officers at the station, led by Supt. Tom Chandler doubt he is still up to the job. Chandler assigns Bob the difficult task of resolving a situation where a group of prostitutes are at loggerheads with a local residents group led by Councillor Angela Morris. Bob suggests a 'zone of tolerance', a non-residential area where the prostitutes can work without upsetting the locals, and manages to convince the girls to give it a try. As Tom heads off to a charity dinner, a call comes through that Morris's house has been torched.

Meanwhile, P.C. Dale 'Smithy' Smith attends his interview for transfer to SO19. He is successful, and leaves Sun Hill to join the Armed Response Unit.

Retrieved from "https://thebill.fandom.com/wiki/Episode:Tolerance,_Part_One?oldid=36139"
Community content is available under CC-BY-SA unless otherwise noted.