Start a Wiki
The Sweet Smell of Failure 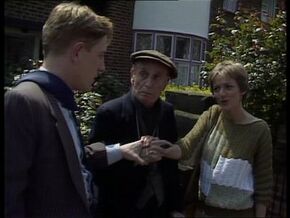 The Sweet Smell of Failure is the 11th episode of The Bill. An elderly couple found thieving from residential houses puts Ackland and Carver on the trail of a bogus perfume factory.

A tip in a counterfeit perfume case pulls in two very old aged pensioners who appear to have been pinching things since WWII. But after leading Carver and Ackland in a merry chase it turns out they aren't the real culprits.

Retrieved from "https://thebill.fandom.com/wiki/Episode:The_Sweet_Smell_of_Failure?oldid=19755"
Community content is available under CC-BY-SA unless otherwise noted.