Start a Wiki
Taking A Stand 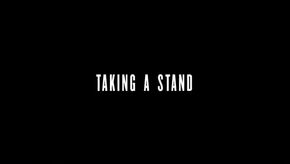 Written By
Emma Goodwin
Produced By
James Hall
Directed By
Richard Signy
Episode Chronology:
Previous
The Calling
Next
Who Dares Wins
Taking a Stand is the 2399th episode of The Bill.

Sgt Stone and PC Knight attend a report of a disturbance. An elderly widow claims to have been burgled, but Knight presses her and establishes that the woman has been raped. DC Perkins takes on the case, but the investigation is hampered by the woman's refusal to undergo a medical examination.

Retrieved from "https://thebill.fandom.com/wiki/Episode:Taking_A_Stand?oldid=34024"
Community content is available under CC-BY-SA unless otherwise noted.