Start a Wiki
Suffer In Silence 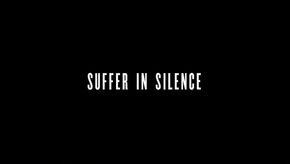 Written By
David Lawrence
Produced By
Ciara McIlvenny
Directed By
Gary Love
Episode Chronology:
Previous
Paying The Price
Next
That Type of Cop
Suffer In Silence is the 2391st episode of The Bill.

PCs Gayle and Ryder are called to a disturbance and arrest a man for assault. He accuses the victim of abusing him as a child, but it appears to be a case of mistaken identity. DC Banks and DI Manson try to build a case against the real abuser. Manson's son Jake is diagnosed with leukaemia.

Retrieved from "https://thebill.fandom.com/wiki/Episode:Suffer_In_Silence?oldid=34008"
Community content is available under CC-BY-SA unless otherwise noted.