Start a Wiki
Reaching Out
Episode 019 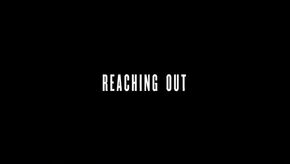 Written By
Emma Goodwin
Produced By
Matt Strevens
Directed By
Paul Wroblewski
Episode Chronology:
Previous
Psychiatric Help
Next
Lost Soul
D.I. Neil Manson and D.C. Grace Dasari continue to work together on an investigation involving a psychiatrist that Neil knows from a previous investigation, Dr Julia Bickham. Neil is convinced that someone has a vendetta against her and that the suspect also injured her partner, Harry Gilmartin in a hit and run. As the investigation continues, Neil discovers that their main suspect, Jared Miles, is innocent and when Jared realises the police believe him, he opens up.


He explains to Neil that the previous day, he saw young Thomas Sands standing alone in a road with a crying man who quickly got into his car and drove away. Neil realises that the man Jared describes also has to be the same person that attacked Thomas’ nanny, mistaking her for Julia. From the description Jared gives of the car, Neil and Grace are able to trace the vehicle to Stephen Fairfax, who insists he’s never heard of Julia or Harry. However, when Neil talks to Thomas and shows him some mug shots, he quickly identifies Stephen as the man who attacked his nanny…
Neil has Stephen followed and he is later seen coming out of Angela Hayne’s house, arguing with her. Neil and Grace visit Angela who explains that Stephen was her daughter Danielle’s partner, with whom he had a daughter, Lily. When Danielle died a couple of years previously, there was a dispute about her life insurance. Stephen was convinced that Danielle took an accidental overdose, but Danielle’s psychiatrist, Julia, stated that she was suffering from depression and committed suicide.


Julia’s verdict at an inquest meant that Stephen lost the claim and eventually custody of his daughter. Grace and Neil realise that Stephen is a man on the edge and the pair are horrified when they discover he has kidnapped Julia, with a gun. For Neil, this is his worst nightmare happening all over again. Officers finally track down Stephen and Julia to a deserted warehouse, but Neil refuses to wait for back-up and despite Grace’s pleas, enters the building to face the gun-man alone.

Retrieved from "https://thebill.fandom.com/wiki/Episode:Reaching_Out?oldid=34100"
Community content is available under CC-BY-SA unless otherwise noted.