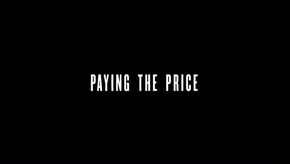 Written By
Michael Crompton
Produced By
James Hall
Directed By
Richard Signy
Episode Chronology:
Previous
Bad Blood
Next
Suffer In Silence
Paying The Price is the 2390th episode of The Bill.

Sgt Masters and PC Gayle are called to a disturbance at a hotel. They discover a badly-beaten man in a hotel room, but the married woman who booked the room has disappeared. DC Banks and DS Moss establish the identity of the attacker, and try to uncover the connection between the three. DI Manson appears distracted, to the consternation of his colleagues.

Retrieved from "https://thebill.fandom.com/wiki/Episode:Paying_The_Price_(2010)?oldid=34006"
Community content is available under CC-BY-SA unless otherwise noted.