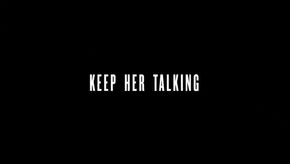 Written By
Julie Dixon
Produced By
Ciara McIlvenny
Directed By
Gary Love
Episode Chronology:
Previous
Time Bomb
Next
Crossing The Line
Keep Her Talking is the 2377th episode of The Bill.

Sgt Stone and PC Taylor respond to a report of a four-year-old left home alone, and find the irate father outside while his estranged ex-wife has locked herself in with their young son. When a firearm is discharged, CO19 lay siege to the house. Sgt Masters negotiates with the mother, who tells a very different tale of the circumstances leading to her drugs arrest and detention under the Mental Health Act.

Retrieved from "https://thebill.fandom.com/wiki/Episode:Keep_Her_Talking?oldid=33789"
Community content is available under CC-BY-SA unless otherwise noted.