It's Not Such A Bad Job After All 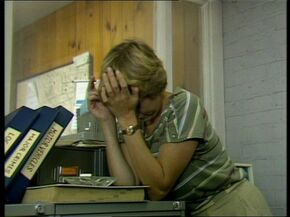 It's Not Such A Bad Job After All is the 5th episode of The Bill. Investigations into a teenage suicide lead to the seedy world of pornography.

Retrieved from "https://thebill.fandom.com/wiki/Episode:It%27s_Not_Such_A_Bad_Job_After_All?oldid=19731"
Community content is available under CC-BY-SA unless otherwise noted.