Start a Wiki
In The Know 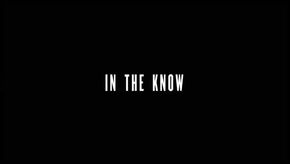 Written By
Frank Rickarby
Produced By
Ciara McIlvenny
Directed By
Tim Leandro
Episode Chronology:
Previous
Fall Out
Next
That's Love For You
In The Know is the 2364th episode of The Bill.

PC Taylor disturbs an observation mounted by DS Carter and DC Perkins when he gets involved in an altercation with the target. The team uncover a plot to smuggle a mobile phone into prison, but Taylor's relationship with a prison officer may compromise the operation.

Retrieved from "https://thebill.fandom.com/wiki/Episode:In_The_Know?oldid=34122"
Community content is available under CC-BY-SA unless otherwise noted.