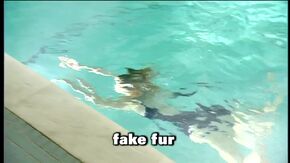 Written By
Gregory Evans
Directed By
Alan Macmillan
Episode Chronology:
Previous
Touch and Go
Next
In Safe Hands
Fake Fur is the 1540th episode of The Bill.

A series of mysterious numbers in Rachel Booker's diary is revealed by Scotland Yard to be a set of bank accounts. One of Rachel's fellow dancers, Lynette, is persuaded by DS John Boulton and DS Claire Stanton to tell them what's going on. Vickery's, a fur export company owned by Howard Fallon and Ray Bazzini, is actually a front for a money laundering operation. Stanton and Boulton go on a double date with Don Beech and his girlfriend Maggie Lyons. The case is turned over to the NCS, but Stanton covertly photographs Beech meeting with Fallon.

When D.S. Boulton and D.S. Stanton go into the station yard to meet with D.S. Beech, a boom microphone is briefly seen at the top of the picture.

Retrieved from "https://thebill.fandom.com/wiki/Episode:Fake_Fur?oldid=35242"
Community content is available under CC-BY-SA unless otherwise noted.