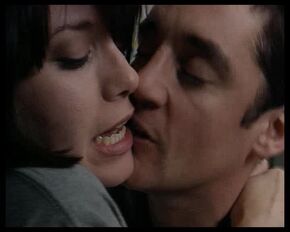 Written By
Elizabeth-Anne Wheal
Produced By
-
Directed By
Ian White
Episode Chronology:
Previous
Too Little, Too Late
Next
The Party's Over
Deep End is the 1357th episode of The Bill.

New W.P.C. Rosie Fox is partnered with P.C. Eddie Santini to investigate when the body of a junkie is washed up on the banks of the Thames. Santini and Fox argue over their cases, and it seems their working relationship will not be a smooth one. Santini reckons graduate Fox will not be able to handle the pressure when she goes undercover as a prostitute in a CID operation, then nearly ruins the operation when he finds himself attracted to her. Celebrating a successful arrest, the two share a drunken snog back at the station, but moments later Santini forces himself on Fox in the locker room, leaving her confused and frightened.

Retrieved from "https://thebill.fandom.com/wiki/Episode:Deep_End?oldid=34560"
Community content is available under CC-BY-SA unless otherwise noted.