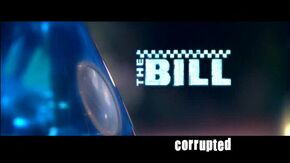 Written By
Patrick Homes
Directed By
Nigel Douglas
Episode Chronology:
Previous
Heat On The Beat
Next
Break In

Corrupted is the 2238th episode of The Bill.

PCs Fletcher, Gayle and Armstrong, and Sgt Stone, are called to a disturbance at a nightclub. Armstrong comes to the aid of undercover police officer Andrew Tipping. DC Masters deals with a man who is determined to find the drug dealer he blames for his daughter's death.

Retrieved from "https://thebill.fandom.com/wiki/Episode:Corrupted?oldid=34927"
Community content is available under CC-BY-SA unless otherwise noted.