Start a Wiki
Conviction - Cover Up 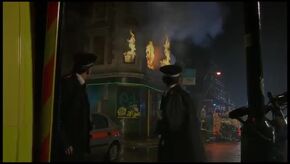 Conviction - Cover Up is the 2348th episode of The Bill. Sgt Smith leads a deployment of officers as they break up a fight outside a bar, then discover a man badly beaten in a nearby alleyway. Sgt Stone investigates a domestic burglary. The officers discover that the victims are brothers. This episode sees the show move to high-definition television (HDTV) broadcasting standard.

Retrieved from "https://thebill.fandom.com/wiki/Episode:Conviction_-_Cover_Up?oldid=34076"
Community content is available under CC-BY-SA unless otherwise noted.