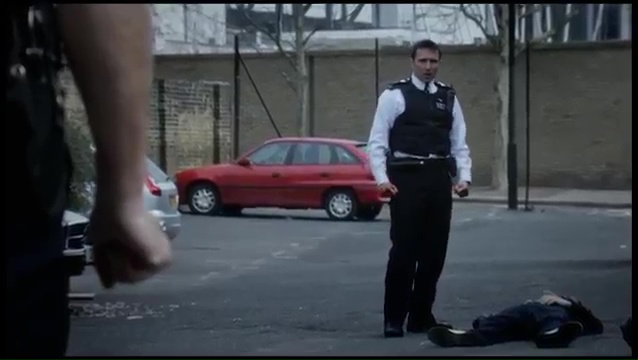 Conviction - Breaking Point is the 2350th episode of The Bill.

Smithy and Ben see a driver abandon a lorry containing illegal Afghani immigrants. In an attempt to win the trust of a suspicious community, Smithy visits a refugee centre, but a riot breaks out on the local estate.

Retrieved from "https://thebill.fandom.com/wiki/Episode:Conviction_-_Breaking_Point?oldid=34084"
Community content is available under CC-BY-SA unless otherwise noted.