Start a Wiki
Break In 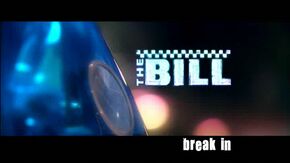 Written By
Will Shindler
Directed By
Nigel Douglas
Episode Chronology:
Previous
Corrupted
Next
Beth Undercover
Break In is the 2242nd episode of The Bill.

Sgt Smith calls on a pensioner who has been attacked in her home and robbed. DCs Moss and Webb discover that a neighbour is handling stolen goods, and set up a sting operation to trap the thief.

Retrieved from "https://thebill.fandom.com/wiki/Episode:Break_In?oldid=34929"
Community content is available under CC-BY-SA unless otherwise noted.