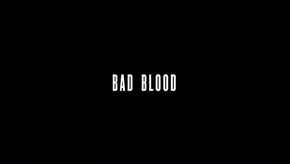 Written By
Emma Goodwin
Produced By
James Hall
Directed By
Declan O'Dwyer
Episode Chronology:
Previous
Great Responsibility
Next
Paying The Price
Bad Blood is the 2389th episode of The Bill.

A drug dealer is convinced that death of his brother, who was knocked off his bike and killed, was no accident. DC Webb and DS Carter investigate.

From this episodes until the show's end, The Bill was shifted from Thursday evenings to Tuesday evenings at 9pm.

Retrieved from "https://thebill.fandom.com/wiki/Episode:Bad_Blood?oldid=34003"
Community content is available under CC-BY-SA unless otherwise noted.