Start a Wiki
All Fall Down, Part Two 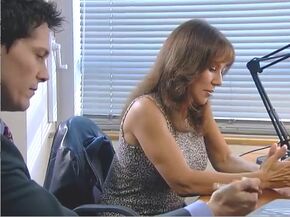 CIB take Maggie Lyons in for questioning, but Don Beech hires a crooked lawyer to represent her. As they have no charge on which to detain her, the interview proves unproductive and frustrating for D.S. Stanton and they have to release her. Stanton's pursuit of Beech proves equally fruitless. Beech obtains a false passport and buys a quantity of diamonds with the money he stole from Howard Fallon as he prepares to flee the country with Maggie. At the last minute, Maggie changes her mind and decides not to go with Beech, and he leaves for Australia alone.

Sun Hill officers continue to be interviewed by CIB. While they are satisified that no-one was directly linked to Beech's criminal activities, Ch. Supt. Mannion decides on a "clean sweep" of CID. D.I. Deakin and D.S. Daly are both transferred away. To their ire, D.C.I. Meadows survives the cull by calling in a favour from a friend at Scotland Yard. D.C. Holmes, angered that her integrity had been called into question by CIB, asks to be transferred away.

Moments after Mannion walks into Conway's office, the door to Brownlow's office is open and someone who appears to be a stage hand crawls past: his head is visible. Moments later the door swings closed as the stage hand leaves.

Retrieved from "https://thebill.fandom.com/wiki/Episode:All_Fall_Down,_Part_Two?oldid=35048"
Community content is available under CC-BY-SA unless otherwise noted.