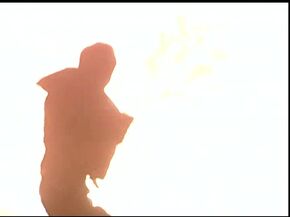 Des brings his beloved new car to the station, but rather than park it on the street he taunts the Superintendent by parking it in his space. Boyden's warnings can't shift Des's belief that it's his God given right to park where he likes. Until Chandler spots it. In the canteen the team discuss the growing racial tension in Sun Hill. Reg is still unable to shake the feeling of a 'black cloud' hanging over him. He's convinced there's something big and bad looming on the horizon but he can't quite put his finger on the problem. The others aren't so sure and try to reassure him. Having agreed another afternoon rendezvous with Kate, Superintendent Chandler makes his excuses to Chief Inspector Conway and asks him to meet with community leaders in his place. Mickey agrees to attend the meeting in support. After a successful meeting, they leave to go their separate ways. As Tom and Kate have sex, a helpless Mickey can only watch as a motorbike pulls up beside Conway's car and the pillion passenger throws a lit petrol bomb through the window.